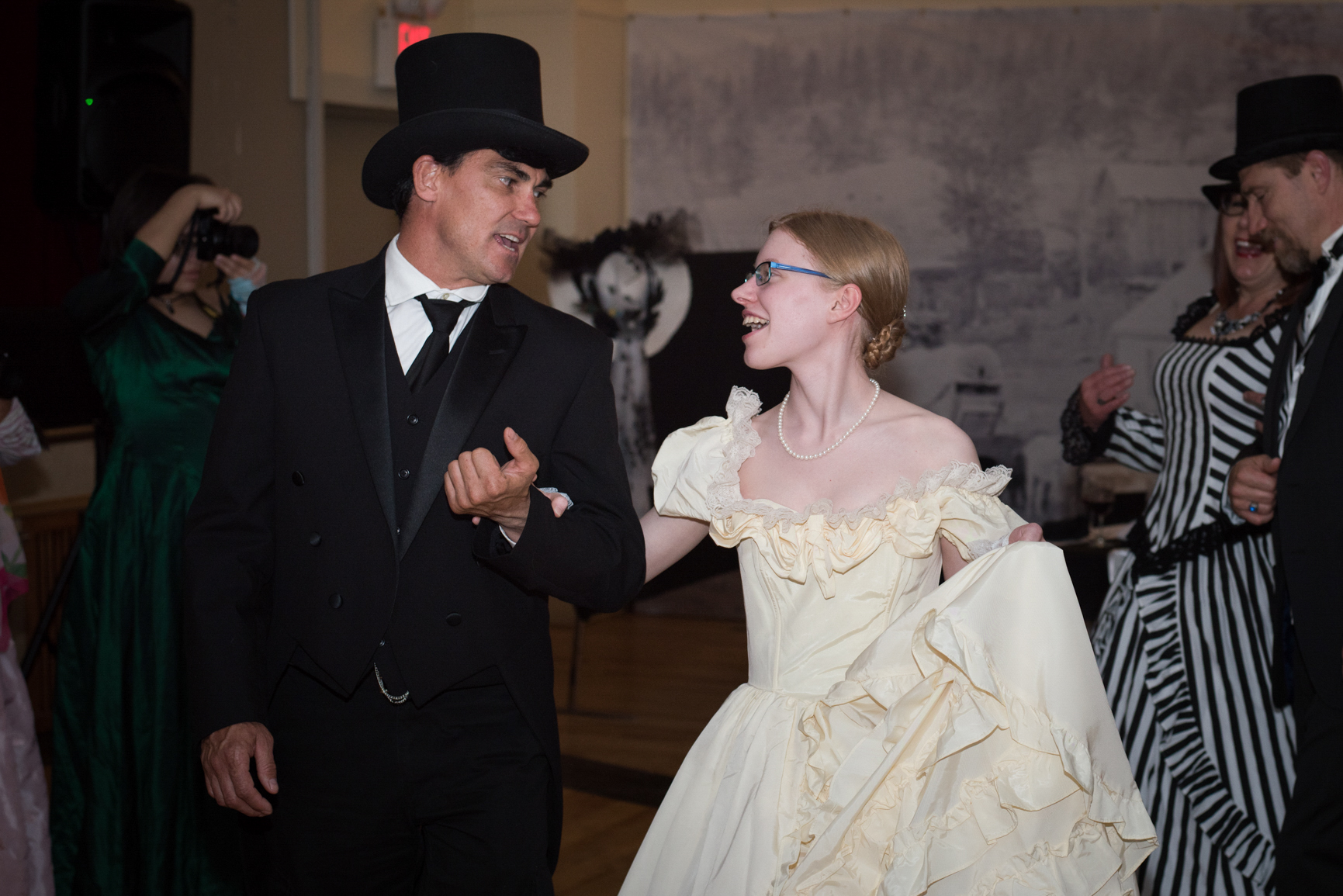 When the first Ball was held, on New Year’s Day, 1868, Clinton was a remote outpost of the Empire, 150 miles from Yale, the head of navigation on the Fraser River.  Before British Columbia joined Confederation, before the railroad linked BC to the fledgling nation of Canada, people travelled by sleigh, horseback or on foot to the ‘finest stop on the Cariboo Road’, the Clinton Hotel. The Clinton Hotel was operated by Mary and Joseph Smith. The Smiths, with their partner Tom Marshall, purchased the former 47 Mile house in 1862. Mrs. Smith is credited with arranging the first Ball in the lobby of her Clinton Hotel.  She couldn’t have dreamed that the event she planned to brighten a long cold winter in the wilds of New Caledonia would still be going strong over 150 years later.

Some of the earlier Balls lasted for up to a week, with dancing every night. Attendance was by invitation only and local ladies spent months planning, ordering gowns from Victoria, San Francisco, and even Europe.  Some ladies brought whole trousseaus, and changed several times during the evening. Where else in the Cariboo could they display their finery?

Getting to the some of the earlier Balls could be an adventure. There are newspaper accounts of trails and roads rendered impassable by drifting snow, heroic rides, and journeys of many days. The PGE Railroad, which reached Clinton in 1914, offered a much less arduous way for some attendees to get to the Ball.

The first ball was held in the Clinton Hotel, with its squared and sanded log floors. The venue for the second Ball, in 1869, changed to Mr. Bell’s new warehouse, adjacent to the Hotel to accommodate more people.  Later balls were held in the new (as of 1892) courthouse.  In 1920, the citizens of Clinton built the Memorial Hall, a tribute to Clinton area residents who did not return from the Great War. The hall, built by volunteers, has a spring floor, made of maple hardwood, one of the few in Canada. It is said that the floor rises up to meet the happy feet of dancing couples.

The Ball has survived two world wars, the depression, and major demographic changes. Over time, the Ball has been shortened, to two days, and more recently, to one glorious night. But the spirit survives. Ladies in elegant gowns and gentlemen in broadcloth suits still dance the night away.